This unit was first developed to support Ford’s Best in the Desert race teams, way back in 2002.  It was used by several teams, including Rob MacCachren & Steve Olliges, as well as the LASD team.  Having a Torsen in the front axle also made a great compliment to the factory Torsen Type-2 that is used in the rear end of the late Ranger FX4 Level-2. 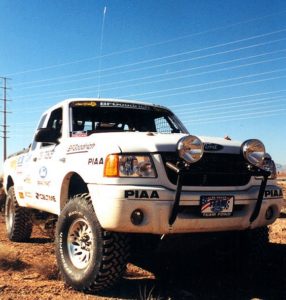